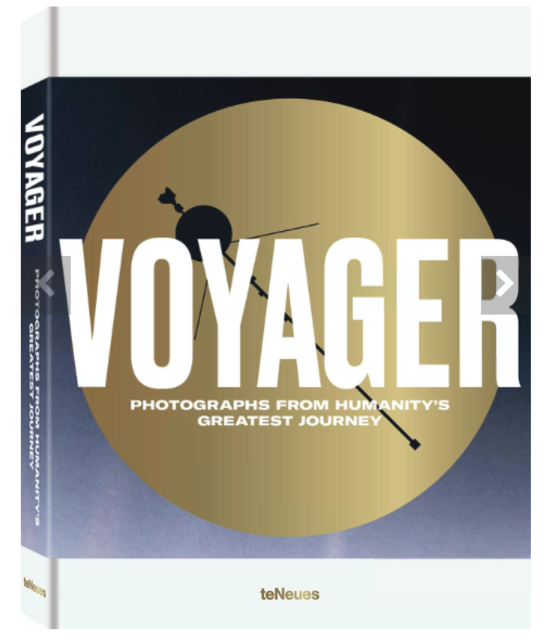 The collection of photographs, some published for the first time, will allow you to experience the mission in all its details, from newly discovered moons to planetary rings, and from the edge of our solar system to contacting extra-terrestrial life. Whil

Outer space = infinite fascination! A delight for space fans and experts alike, this book is your unique guide to the most iconic, monumental and scientifically relevant mission to date: VOYAGER. After the worldwide success of Apollo VII-XVII, the authors again scoured the NASA archives to sink their teeth into another fascinating mission. First launched in 1977, the twin Voyager 1 and 2 spacecraft have significantly expanded our knowledge of space, corrected many scientific theses and, last but not least, produced the most distant image of the earth: the famous Pale Blue Dot.

NASA's Voyager mission to the four gas giants and beyond is one of history's most iconic, monumental, and scientifically relevant journeys of exploration. A journey to the unknown. Two robotic spacecraft embarked on a voyage to answer the very same cosmic questions children ask their parents. Where do we come from? What is the Universe made of? Are we alone? The opulent and lavishly designed illustrated book VOYAGER revives the legendary mission in all its facets through its images and text. From exploring the planets Saturn, Jupiter, Neptune and Uranus, which had never been visited by a probe before or since - to entering the interstellar space outside our solar system, which no man-made object has ever reached. Each chapter describes a phase of what is perhaps the greatest journey in human history.

In addition to the photographs of every phase of the mission, which the probes took in all directions during their flight, the volume provides background information and knowledge on technology, astrophotography and physics. Also included is the story of the Golden Record - a plate cast in gold that has permanently stored music, photographs, messages and facts about humanity. The records were attached to the spacecraft, forming perhaps our most promising attempt to make contact with aliens so far. All the key facts and discoveries of this interstellar spacecraft mission, including previously unpublished information, are gathered in VOYAGER.

The collection of photographs, some published for the first time, will allow you to experience the mission in all its details, from newly discovered moons to planetary rings, and from the edge of our solar system to contacting extra-terrestrial life. While it started as a journey to understand the unknown, it became one to understand ourselves as well. With a special essay from Dr. Garry Hunt - Voyager Imaging Team (1972-1990) 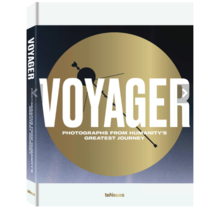