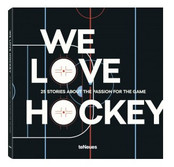 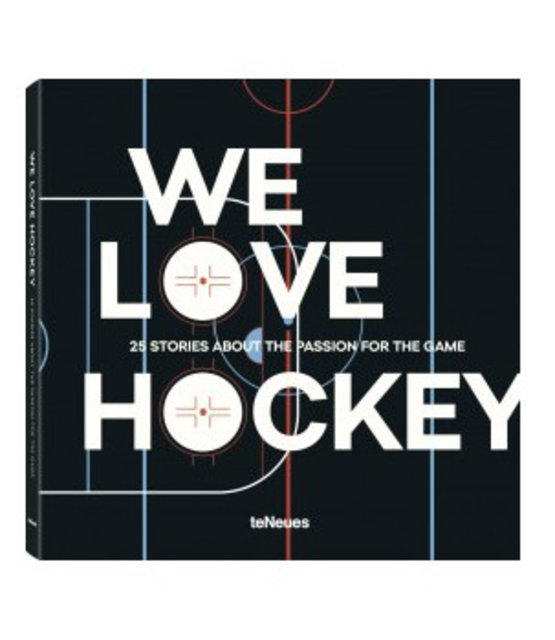 We Love (ice) Hockey, 25 Stories about the Passion for the Game, teNeues

It is the 26th minute of the Finland-Russia semifinal of the 2011 IIHF Ice Hockey World Championship. Finnish player Mikael Granlund, just 19 years old, skates around behind the Russian goal. Suddenly he scoops the puck onto the toe of his blade, glides forward past the side of the goal and slams the puck into the net. The players and spectators go wild. It was a once-in-a-lifetime goal, a goal that was an artistic masterpiece, so beautiful that the Finnish post office created a stamp to celebrate it. Contrast that story with this one: in Sparta Prague’s home arena, Vladimír Nováček steers the ice resurfacing machine around the rink. What’s so special about that? Nováček has been maintaining the ice for Sparta since 1968; he is now 82 years old. His work doesn’t prompt much excitement, and he certainly doesn’t have his own postage stamp. Still, the young Finnish world champion and the elderly Czech ice manager are united by their dedication to the sport of ice hockey. Their stories and many others are told in We Love Hockey. The very personal and emotional vignettes and stunning photographs make this book extremely exciting and give it a very special place in the sports literature market. It’s about the greatest and the smallest moments, the men and women who are passionate about this sport, and everything that makes ice hockey so fascinating.

We Love Hockey presents the whole spectrum of ice hockey enthusiasm: in addition to Mikael Granlund and Vladimír Nováček, other profiles include the organ player for the Montreal Canadians, the stars of the legendary Russian KLM series, up-and-coming players from Prague, and a goalkeeping legend who won two Stanley Cups and earned the nickname “Dominator” in the NHL.

Beoordeel We Love (ice) Hockey, 25 Stories about the Passion for the Game, teNeues

We Love (ice) Hockey, 25 Stories about the Passion for the Game, teNeues 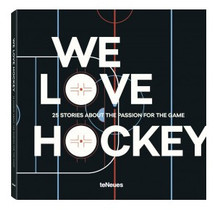